The Midnight is a combination that should be considered as a  full band. The synthwave band consists of a singer-songwriter Tyler  Lyle; and producer, singer and songwriter— Tim McEwan.

Our North American 2022 dates are on sale now. We are so grateful for the opportunity to play these shows for you. Let's dance 💜 Full list of dates at https://t.co/dBKhlgsElk pic.twitter.com/tMo8WmV9EE

This year tours are cancelled as covid19 situation is not good, but the rising music decide to cheer up fans. 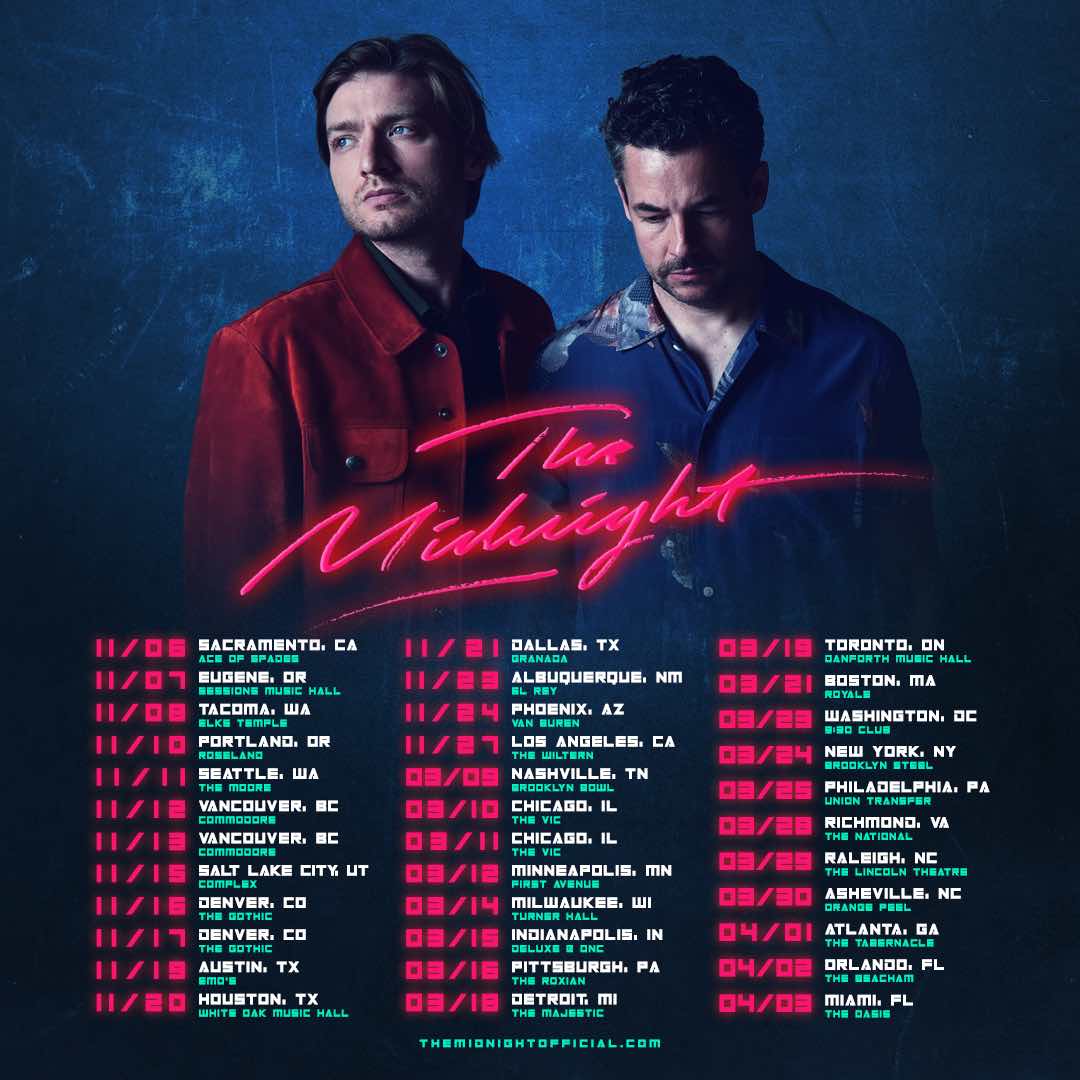 On eleven June, they released full dates of their American tour on their official website.

This was just after they released official video of their song, Fire in the Sky. The music video, which has mesmerizing sound and colourful lights, lift their level again. The Midnight is based in Los Angeles, present since 2012. The formation of band  is also an interesting story as two met during a co-writting workshop. Next year they are going from city to city in the

North America. Then they will tour  across eleven countries in the Europe.Lockdown dues to corona virus opened the artists to enhance their creativity skills. They have released their latest album, “Monster.”

The band, which consists only  two wonderful members, emphasize this impact.   “Over the last few months, we have spent a lot of time together writing new music and reminiscing on the feeling of what it’s like to share what we do with an audience,” The Midnight  stated

. “We have the best fans, and we’re so excited to bring a bigger band, bigger show and new songs to all of these cities.”

The sale is opened for American and Europe tour. You can shop from their official website.