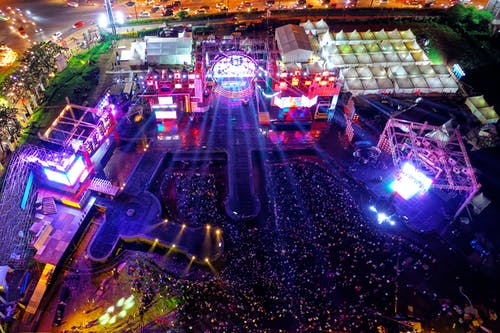 After the postponement of the in-person editions of music festivals. Big music  festivals are going for the virtual one, from releasing line-up to making the tickets available.

One of the biggest music festival in the world, Tomorrowland, has released the official aftermarket for its 2021 virtual edition.  Various artists are going to perform there.

Renowned DJs like Claptone, Adam Beyer, Nicky Romero, Armin van Buuren and Tale of US will appear for the show, the year 2019, 2020 would be seemed to be repeated. The Event would take place at magical island of Pāpiliōnem, which is a 3D animation and sounded by various artists.

The Belgium Government had at last denied the festival as the Covid cases were seemingly increasing, so the in-person festival was cancelled, and was digitalised for its second edition.

The Official Tomorrowland – Around the World 2021 Aftermovie: Journey back to Pāpiliōnem and relive the most magical moments of the digital festival. https://t.co/pth71bsVJ2

Aftermovie of the festival looks massive and celebratory, Fans and artists  are excited for the entire event, upon which they will gaze even being at home.

The in-person return is set for July 2022; Tomorrowland can return to Belgium next year.