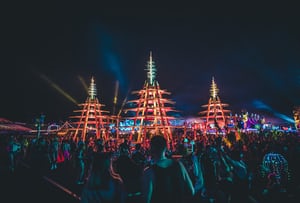 After the massive hi performance at CRSSD Festival Spring and at Wynn Las Vegas, Gorgon City is about to stun the Southern California with performance for the summer. Los Angeles will see REALM Festival for the first time after it will be showcased in Miami and Brooklyn. Southern California is a fascinating location for this music festival to show the cooling down of the season.

After the release of their latest album Olympia, Gorgon City is about to bang at their own festival. The Line-up of this city festival is yet to be revealed with an excitement in the eyes of the fans. It is yet to be assure that the line-up may include iconic musicians. It is expected that the full line-up can be released next month.

The pre-sale and pre register will be just start on  Tuesday, 29th March at 10 am PT. The general sale will be start on March 30.

While much of the summer season will see Gorgon City take the stage at Amnesia in Ibiza, they’ve crafted up a special show for their fans in the City of Angels to satiate their cravings. Set to take place on Friday, July 8 at the Shrine LA Outdoors, REALM Los Angeles is sure to be one of the must-attend events this summer for anyone who loves house music.

While the lineup for REALM Los Angeles is yet to be revealed if the other iterations of the showcase around the US are any indication, it’s sure to be teeming with talented artists. Stay tuned for the full lineup to drop in the coming months, and let us know if you plan to attend in the comments.