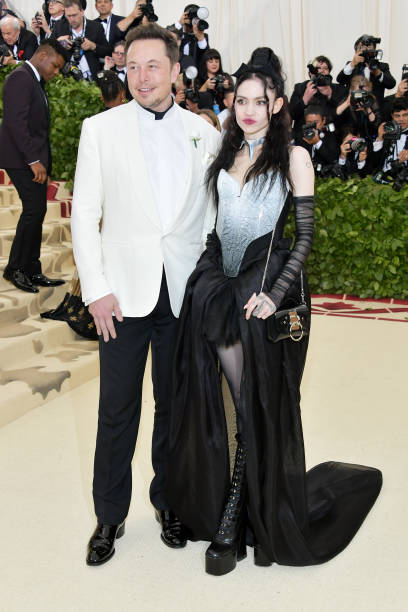 NEW YORK, NY - MAY 07: Elon Musk and Grimes attend the Heavenly Bodies: Fashion & The Catholic Imagination Costume Institute Gala at The Metropolitan Museum of Art on May 7, 2018 in New York City. (Photo by Neilson Barnard/Getty Images)

She is a fashion icon, her unique fashion sensuality makes her to stand out in a mob. She can go from  gorgeous black dress to colourful dresses reminiscing of fantasy.  Last month she appeared on SNL with his partner and obviously the billionaire Elon Musk. Their performance was adorable, everyone praised them.

But this is not end,   Doja Cat dropped  her single, “Need to Know” and released her official music video on 11 June and it also feature the icon  Grimes.

Some news also stated the she is planning her life on the Mars. It is well know that her boyfriend, Elon Musk, already planning to make humans settle on Mars, it seems she is also excited for it.

However the girls appeared as intergalactic women in the video. But more exciting things are human nature is not changed,  they are in the bars, drinking and playing games. The newly designed Uber is also available.

Grimes also shared the backstage photo with other galactic girls.  It seems she really enjoyed it a lot. Once in 2020,  in an interview with Business Insider she was asked whether she’d rather upload her consciousness to the Cloud or go to Mars, Grimes said going to the red planet was one of her main goals.

“WOW, what a question. Ummmmm……….. I would very much like to do both of these things. Like, these are the main things I’m trying to do” Grimes stated “I guess I’d like to upload my consciousness, and then when it’s technologically possible, have my consciousness live in some kind of humanoid vessel that can speak and move freely, and then that body can go to Mars and other planets with my mind inside it.”