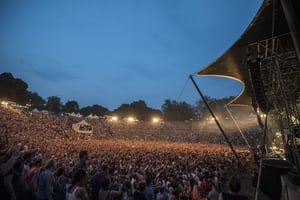 Dash Berlin is now known as Jeffrey Sutorius, he is a major figure dominating  the dance music scene. Recently he has informed on social media about two exciting news.  He will headline a 2022 World Tour and will also drop a new album.  Everything is set for March 2022.

He has also dropped his newest single, Sink Or Swim on which he has collaborated with Mexican DJ duo ANG via Hardwell’s Revealed Recordings.

Dance music titan Jeffrey Sutorius, formerly known as Dash Berlin, continues to dominate the dance music scene. Jeffery Sutorius will headline a 2022 World Tour and will also drop a new album, slated for March 2022. This announcement comes on the heels of Jeffrey’s newest single, “Sink Or Swim”. He collaborated on the single with Mexican DJ duo ANG via Hardwell’s Revealed Recordings.

His singles like Firely,  No Regrets and Skies has millions of views on streaming platforms. Altogether he is ready to boom in a brand new year with a grand Tour and album

Jeffrey Sutorius’ 2022 World Tour will start in January with performances in South America, North America and beyond. Notable performances include a headlining performance at the infamous electronic dance cruise, Groove Cruise during the weekend of January 20th-24th alongside acts such as SOFI TUKKER and Markus Schulz.

Additionally, he will also performin Miami’s Ultra Music Festival during the weekend of March 25th- 27th. Jeffrey will also perform in cities such as Medellin, Columbia and Buenos Aires, Argentina with other tour dates yet to be announced.